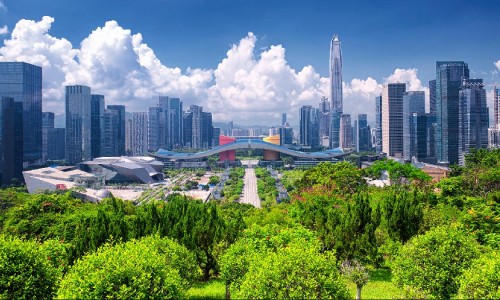 Message from the Bailli

Inaugurated in 2013, the Bailliage de Shenzhencordially invites all members and friends of la Chaîne to experience the amazing city of Shenzhen.

Compared to other cities in China, Shenzhen is relatively new. In fact, this small fishing village that faces Hong Kong across the bay has now become a global first-class metropolis – in the span of about 40 years. Now Shenzhen is filled with China’s youngest group of elites with an average age of 32 years old, and this “Silicon Valley of the East” has attracted high-tech start-ups and people from all over China who have come to make their dreams come true. So as you can imagine, the speed and vitality of this melting pot of a city is unmatched around the world. When it comes to the restaurant scene, Shenzhen boasts some of the nation’s best restaurants with highly trained chefs from all of China’s culinary traditions. With high-speed access to Hong Kong and Macao, Shenzhen has worked overtime to catch up to these world class standards. That’s why many local restaurants are marked by innovation and creativity, and our bailliage is committed to finding the best ones and showcasing them to our members, all of whom are as lively and energetic as this great city.

We welcome you to join one of our upcoming events in the futuristic city of Shenzhen. Prepared to be amazed!